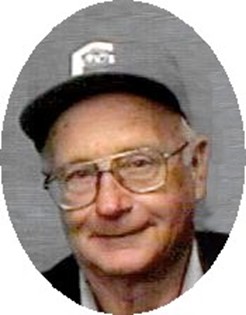 Guestbook 0
Michael J. "Mickey" Cunningham of Riverton died Wednesday, March 18, 2009 in Casper. He was 76 years old. Funeral Mass will be conducted at 10 a.m. on Monday, March 23, at St. Margaret's Catholic Church in Riverton , with the Rev. Father Andrew Duncan officiating. Burial will follow at Mountain View Cemetery. A viewing will be held from 6 to 7 p.m. on Sunday, March 22, at the Davis Funeral Home of Riverton. Michael James Cunningham was born on April 13, 1932 in Newcastle, the son of Edward Edmund Cunningham and Eva Mae (Moore) Cunningham. He moved to Riverton with his family at the age of five, and attended Riverton High School. On Oct. 4, 1952 he married Margaret Fritz in Cody. He was a member of St. Margaret's Catholic Church of Riverton. Mr. Cunningham worked as a carpenter, building the uranium mills, including Lucky Mc, Federal American Partners and Union Carbide, and also the U.S. Steel mill on South Pass. He later was employed by Pathfinder at the mill, and then staked his own uranium and jade claims. He owned Green Diamond Jade Co. for 10 years. Following his retirement in approximately 1982, he moved to Whitetail Drive where he enjoyed his hobbies. His family said he enjoyed his grandchildren and great grandchildren, working on tractors, cars and his yard, gold panning, going to Wind River Casino, and loved to be outdoors. Mr. Cunningham is survived by his wife, Margaret Cunningham of Riverton; son, Mick Cunningham, Jr. and his wife Debbie of Windsor, Colo.; daughters, Linda Drury and her husband Ken of Casper and Wanda Williams and her husband Ken of La Junta, Colo.; seven grandchildren, Candy Scott, Alison Girgen, Tim Cunningham, Kory Mobley, Todd Pickinpaugh, Kris Cunningham and Kari Bull; 14 great grandchildren; sisters, Rita Jolley of Newcastle, Martha Wall of Kremmling, Colo., and Dorothy Skinner of Riverton. He was preceded in death by his parents and numerous brothers and sisters. On-line obituaries are available and condolences for the family may be made at: thedavisfuneralhome.com Services are under the direction of the Davis Funeral Home of Riverton.