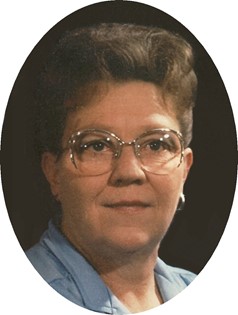 Funeral services will be held at 11:00 a.m. Monday, March 30, 2009 at Our Lady of the Woods Catholic Church in Dubois, with the Rev. Father David Gau officiating.

A viewing will be held from 9 to 11 .m. at the church on Monday preceding the service.

She attended school in Riverton, where she met Robert Lee Lapeyre. They were married February 14, 1953 at Fort Washakie. They moved to Dubois in 1963, where they raised their six children.

Mrs. Lapeyre was of the Catholic faith.

She was a life member of the VFW Auxiliary.

She owned and operated many restaurants.

The family said Mrs. Lapeyre loved cooking, being with family and friends.

She was preceded in death by her parents; and daughter-in-law, Vickey Sue Lapeyre.

Memorial donations may be made to the High Country Senior Citizens Center or Little Wind Hospice, in care of Davis Funeral Home, 2203 W. Main, Riverton, WY 82501.