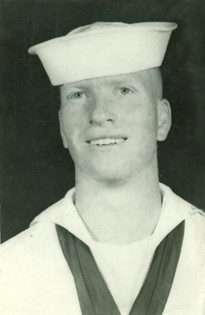 Guestbook 0
Graveside services for Harvey L. Dudley will be at 10 a.m. Monday, April 6, at Mountain View Cemetery in Riverton. Pastor Mark Thurman will officiate. There is a viewing at 4 p.m. on Friday, April 3, at the Davis Funeral Home of Riverton. Mr. Dudley died at his rural Riverton home Wednesday night, April 1, 2009, at the age of 64. Harvey Lee Dudley was born in Fort Collins, Colo., on Jan. 14, 1945, the son of Hogan and Jennie Mae (Asbell) Dudley. He was graduated early from Natrona County High School in Casper to join the U.S. Navy. Mr. Dudley earned an Associate's degree and taught machine shop at Red Rocks College in Denver, Colo. He also worked for Ball Brothers and Sun Strand where he worked on the camera that was aboard the Apollo spacecraft. He spent time in Washington State working for Rocket Research before returning to Riverton where he was employed for 20 years at what is now known as Pertech. He was also licensed as a journeyman plumber in the State of Colorado. On Sept. 3, 1964, he married Diana Lynn Leach in Cheyenne. His family said Mr. Dudley enjoyed motorcycles, camping, hunting and fishing, and traveling. Survivors include wife, Diana of Riverton; sons, David E. Dudley and Harvey A. Dudley, both of Riverton; grandchildren, Jessica Lee Dudley, Cotton Dakota Dudley, and Levi Chandler Dudley, all of Riverton; a brother, Everett Dudley of Fritch, Texas; a sister, Alice Marlatt of Shoshoni. He was preceded in death by his parents and two sisters, Evelyn and Alberta. On-line obituaries are available and condolences for the family may be made at: thedavisfuneralhome.com Services are under the direction of the Davis Funeral Home of Riverton