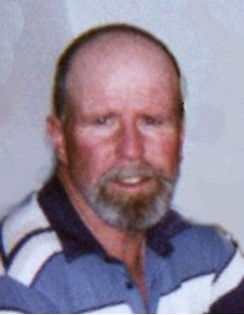 Guestbook 4
Keith J. Jennings, 52, of Riverton died Saturday, April 11, 2009 at Riverton Memorial Hospital. Graveside services will be 2:00 p.m., Tuesday, April 14, 2009 at Mountain View Cemetery with Pastor Ivy Campbell officiating. Keith James Jennings was born January 1, 1957 in Riverton to Delbert Russell Jennings and Rachel Elizabeth (Brewbaker) Jennings. Keith was a Riverton native and graduate of Riverton High School. The family said he enjoyed rodeo and roping, hunting, fishing, and pack trips. Mr. Jennings worked as a ranch hand, farrier, and had been employed by the City of Riverton Parks Department for 9 years as a groundskeeper. He is survived by his parents of Riverton; brother, Kenneth Jennings and wife Betsy of Tucson, Arizona; their children Kenneth Jennings, Jr., Kelly Jennings, Heather Rounsaville, and Chuck Hanson; sister, Wanda Dermer and husband John of Phoenix, Ariz.; their children Robyn Bontrager and Rachelle Dermer. He was preceded in death by his grandparents. Memorials may be made to a charity of the donor’s choice. Services are under the direction of the Davis Funeral Home. On-line obituaries are available and condolences for the family may be made at: thedavisfuneralhome.com.