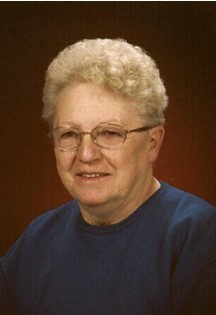 Guestbook 3
Funeral/Memorial services for Anna M. Hein of Riverton will be at 10 a.m. Thursday, April 16, at the Davis Funeral Home of Riverton.

Interment will be at 10 a.m. Monday, April 20, at Sunset Memorial Gardens in Billings, Mont.

She moved to Riverton in 1968 and was a member of the Trinity Lutheran Church in Riverton.

Mrs. Hein worked as the payroll clerk at Central Wyoming College in Riverton for 30 years.

Her family said she enjoyed bowling, fast pitch softball in her younger years, and playing Bingo.

Survivors include a daughter, Diann Byers of Riverton; two grandchildren, Joshua and Shanda Byers, and a cousin and best friend, Betty Schanaman.

She was preceded in death by her parents, and a brother, Harvey Strecker.