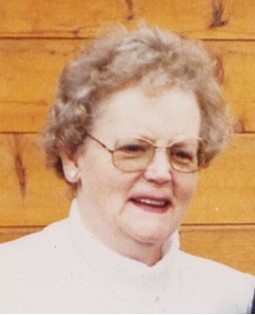 Betty Lois Stanaland was born August 29, 1924 in Phoenix, Arizona to George Brown and Viola Olive (Flint) Stanaland. She grew up in California. She worked in Sacramento at Weinstock Lubin for two years, then went to Signal Depot where she was a file clerk. In 1944 Betty married Howard (Pat) Hammer in Reno, Nevada. Shortly after, they returned to Wyoming and lived in Encampment and then moved to Ryan Park, living in a timber camp for 10 years. In 1958 Betty and Pat moved to Jackson, Wyoming. Pat died in an automobile accident in 1962 in Jackson.

Betty met her second husband, Bill Day, in Dubois and they were married June 1, 1969 in St. Anthony, Idaho. She and Bill spent the remainder of their later years in Dubois, Wyoming. Betty was a homemaker for most of her life. The family said she loved baking and music, as well as reading and playing the piano for numerous events. Mrs. Day was a member of the Assembly of God Church in Dubois, and was a past member of the Rebekah Lodge.

She was preceded in death by her husbands Howard Hammer and Bill Day, a son William Ross Hammer and one brother Laurie.

Betty will be missed by family and friends.