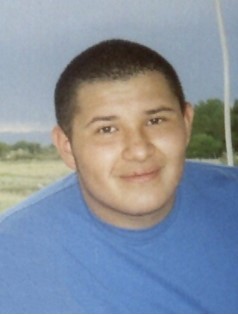 Memorial services will be at 10 a.m. Tuesday, April 28, at St. Stephen's Catholic Church south of Riverton. The Rev. Father Ron Seminara will officiate.

There will be a rosary at the church at 7 p.m. on Monday, April 27, followed by a wake at the Debra Jenkins residence, 1613 17 Mile Road, Arapahoe.

Theodore Joseph Raigosa was born in Riverton on April 14, 1989, the son of Edward C. Raigosa II and Rebecca R. (Brown) Kuka. He lived on the Wind River Reservation until the age of 7 and then moved to California where he was graduated from San Clemente High School.

He returned to Wyoming two years ago and often traveled between Wyoming and California.

He had worked for Sandwich Buddies in California and as a card dealer and customer service representative at the Wind River Casino.

He had been in the auto tech academy in high school where he played football and lettered varsity. He also lettered in track and field.