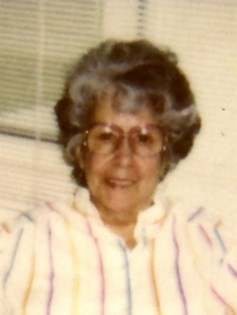 Guestbook 3
Funeral services for Dorothy T. Cordova of Riverton will be held at 2 p.m. Thursday, April 30, at the Davis Funeral Home of Riverton. Pastor Joe Sifuentes will officiate.

There will be a viewing from 1-2 p.m. Thursday, preceding the funeral service, at the funeral home.

Dorothy Theodora Hernandez was born in Riverton on Jan. 1, 1919, the daughter of Joseph and Christina (Aragon) Hernandez. She was a graduate of Riverton High School and had lived most of her life in Riverton.

Mrs. Cordova helped her husband in the Christian Food Store for the needy, worked for Eaton Corp., and was a teachers' aide.

She was of the Protestant faith.

Her family said Mrs. Cordova was a collector, was active in helping elders in nursing homes, and was an excellent listener as part of her compassion.