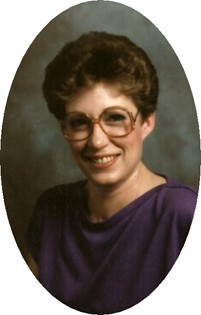 Guestbook 3
Private family services for Susan M. Nolan of Lander will be held and, according to her wishes, cremation has taken place. Ms. Nolan died at her home on Friday, April 24, 2009. She was 59.

Susan Marie Welsh was born in Lander on Nov. 14, 1949, the daughter of William John Welsh and Shirley Marie (Hallock) Welsh. She attended Fremont County Vocational High School in Lander and was graduated from high school in Jackson.

While she considered Lander as her home, Ms. Nolan had lived in Indiana and Illinois for a time, returning to Lander in 2002. Ms. Nolan and her husband Darryl had also lived in Lynch, Neb., where they enjoy trucking together.

She was a homemaker with raised her three children.

Her family said Ms. Nolan was an avid bowler, winning many awards in Nebraska. She was also an artist with many of her paintings remaining with family and friends. Her family said she also enjoyed Mexican food and Margaritas.

Before going to Lynch, she worked for Central Bank and Trust in Lander and had worked in the Lynch Bowling Alley until ill health forced her early retirement.

She is survived by a son, William "Bill" Pitt of Miles City, Neb.; daughters, Shirl Morris husband Darrll and their son, Jordon of Miles City, Mont., and Teesha Burt and her husband Mike and their daughter Rheanna of Lander; a brother, Terry Rood and his wife Jeanie of Oregon; sister, Cayse L. Dick of Lander; former sister-in-law, Linda Perkins of Lander; an uncle, Dick Welsh and his wife Willie of Boise, Idaho.

She was preceded in death by her mother, Shirley Rood and her husband, Clyde Rood; father, Bill Welsh; grandparents, Dewey and Alta Hallock and Mr. and Mrs. John Welsh; a brother, Gary Welsh.

Memorials may be made to the Carol Parker Scholarship Fund in care of the Davis Funeral Home, 2203 West Main, Riverton, WY 82501.