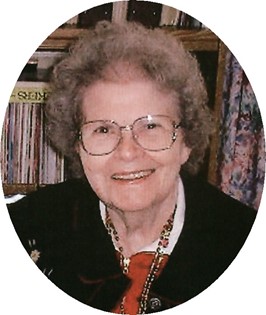 Guestbook 9
Geraldine K. Vincent-Haas passed away on April 29, 2009 while residing at Westward Heights in Lander, Wyoming. Gerry was born March 9, 1919 in Fremont, Nebraska to Raymond and Katherine (Grogan) Kelly. She was raised and attended school in both Fremont and Omaha, Nebraska graduating from Fremont High School in 1937. Gerry then attended and graduated from St. Mary’s College in Omaha, Nebraska. Upon graduation she became a personnel analyst for the Army Corp of Engineers. Her job entailed traveling through much of the country and making recommendations regarding promotion of employees.

In 1946 she met Joseph A. Vincent, D.D.S. on a blind date. Dr. Vincent was attending refresher courses at Creighton University’s School of Dentistry upon his discharge from the United States Army. Gerry and Joe were married in November, 1946 at Sacred Heart Church in Omaha, Nebraska. Gerry returned with her husband to his hometown of Riverton, Wyoming where he began the practice of dentistry with Gerry acting as his first dental assistant.

Gerry and Joe and had seven sons, Joseph Raymond Vincent, who died within a few days of birth, John Robert Vincent, James Kelly Vincent, Joel Martin Vincent, Jerold Thomas Vincent, Jeffrey Patrick Vincent and Jay Edward Vincent. Joe Vincent died suddenly on July17, 1963 leaving Gerry to raise their six sons then ranging in age from 14 to 4. Following her husband and best friend’s untimely death she, without complaint, managed a home, began working again as a teacher’s aide and managed four real estate properties. In 1973 Gerry Established the Riverton Senior Center in the basement of a local church. Through her efforts the Center acquired the old American Legion Building and she finally oversaw the construction of the building that now serves as the home of the Riverton Senior Center. In her position as Director of the Center she became many peoples’ closest confidant and mentor. Many of the recipes originally used for lunches at the Center were selected by her. For many years she made at least one trip to the Center each evening to begin the preparation of the next day’s meals.

Gerry also served the community at St. Margaret’s Parish as well. For many years she was the local reporter for the Wyoming Catholic Register, taught Catechism, served on St. Margaret’s School Board and was a member the Altar and Rosary Society. Through all of this she managed to find time to play a highly competitive game of bridge.

The efforts mentioned above did not go without notice. Over the years Gerry received awards from the City of Riverton for her work on the Riverton Rendezvous Committee, an award from the State Historical Society for writing family stories, an award from the State of Wyoming for the Community in Home Program and she was selected Riverton's first senior citizen of the month. She was a member of Ponderosa, Soroptimists, and other women's organizations. She was member of the board of a local savings and loan institution, a member of the Board of Directors of the Riverton Memorial Hospital and a member of the Hospice Board in Riverton, and helped coordinate the first Health Fairs in Riverton. Gerry was presented the “Woman of Achievement” award in 1990 by Governor Mike Sullivan.

Gerry met and married her second husband Wallace F. Haas in 1979. Wallace passed away in 1989. Those years were some the happiest time’s in Gerry’s life, her sons were grown and starting families of their own and she had the company of Wallace who was by all accounts a gentleman of the first order.