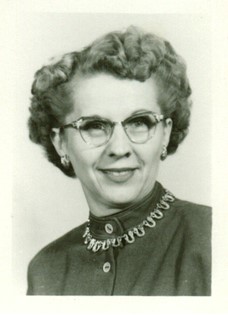 Guestbook 0
Verna E. Miller of Lander died on Sunday, May 17, 2009 at her Showboat Retirement residence. She was 93 years old. Cremation has taken place.

An open visitation where the family will receive visitors will be held from 1-3 p.m. on Thursday, May 21, at the United Methodist Church, 262 Noth 3rd, Lander.

Verna Elizabeth Lundeen was born on May 23, 1915 in Loyalton, S.D., to Peter Lundeen and Frances (Huck) Lundeen. She lived in the Black Hills at Sundance, Wyo. during her early years, and attended Black Hills State College at Spearfish, earning a bachelor's degree in elementary education.

She was a member of the United Methodist Church and was very involved in church activities.

Mrs. Miller taught at rural schools in her earlier years, then in the Sundance school system at the elementary level and was the developmental reading Instructor and coordinator in Sundance.

She attended the Senior Citizens' Center, was a member of the State and National Retired Teachers' Association, and Kappa Delta Pi Honor Society.

Her family said Mrs. Miller was an avid bridge player, and was a member of the Rebekah Lodge and the Order of the Eastern Star in Sundance.

Among her survivors is a son Gary Miller of Lander.

Mrs. Miller was preceded in death by her husband; an infant son in 1939; two brothers.

Memorials may be made to the First United Methodist Church of Lander, in care of Davis Funeral Home, 2203 West Main, Riverton, WY 82501.