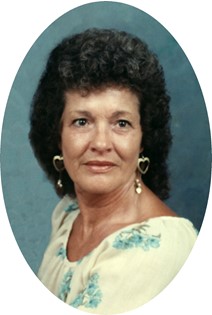 Guestbook 2
Bonnie Baker Nelson, 76, was called to rest on Saturday, May 23, 2009 at her home in Ethete, eight miles from Lander, Wy. Memorial services will be held on Wednesday, May 27, 2009 at 1:00 p.m. at the Davis Funeral Home in Riverton, Wy. Bonnie Baker was born on April 13, 1933 in Eustis, Nebraska, the daughter of William Gurnsey and Agnes Clair (Hess) Baker. She was graduated from Mitchell High School. She worked in the optical business and clothing business until she moved to Loveland, Colorado. She married Gerald Nelson in Nevada on Feb. 14, 1981. She was a security guard at Teledyne Water Pik in Loveland, Colorado until her retirement. She enjoyed spending time with the farm animals, especially her llamas, sheep and her dogs. Bonnie is survived by her husband Gerald Nelson of Ethete, a daughter, Debra Berger of Evans, Colorado; step-son Greg Nelson of Gladstone, MO; two granddaughters, Nicole Forney and her husband Jamie of Dix, NE. and Tiffany Copeland and her husband Dustin of Evans, CO. She was preceded in death by her parents, Gurnsey and Agnes Baker, sisters Fern, Faith and Lola, a twin brother Billy, and her first husband Herman Spady. Memorials may be made to the American Cancer Society or the carity of the donors choice in care of the Davis Funeral Home.