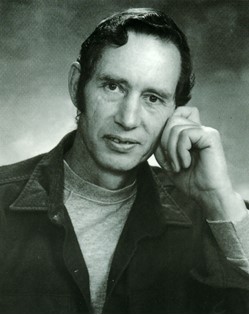 Guestbook 3
James D. "Jim" Knight of Lander died on Saturday morning, May 30, 2009, at Wind River Healthcare in Riverton. He was 68. Funeral services will be at 10 a.m. Wednesday, June 3, 2009, at the Davis Funeral Home of Riverton. Pastor Eric Depew of the Riverton Church of the Nazarene will officiate. Cremation will follow. There will be a viewing from 5-7 p.m. Tuesday, June 2, at the funeral home. James Dale Knight was born in Riverton on July 18, 1940, the son of James P. and Myrtle Irene (Carpenter) Knight and a life-long resident of Fremont County. He was a veteran of the U. S. Army. Mr. Knight worked as a carpenter and heavy equipment operator. He married Lucy Ann Moore, who survives. His family said Mr. Knight enjoyed rock hunting, history, horses, and his family. Survivors include his wife, Ann Chase of Lander; sons, Perry Knight and his wife Kari of Nevada, Brad Knight of Riverton, and Chad Knight and his wife Emma of Utah; daughter, Kerry Gernant and husband Duwayne of Colorado and Jewelie Arriaza and husband Victor of Riverton; five grandchildren, Courtney, Chelsey, Daniel, Kalen, and Merriweather; a brother, Bill Knight of California; sisters, Janiece Knight and Nina Knight of Alaska. He was preceded in death by his parents; a brother, Ronald Knight, and a son, Ronnie Knight. Memorials may be made to a charity of the donor's choice. On-line obituaries are available and condolences for the family may be made at: thedavisfuneralhome.com Services are under the direction of the Davis Funeral Home of Riverton.