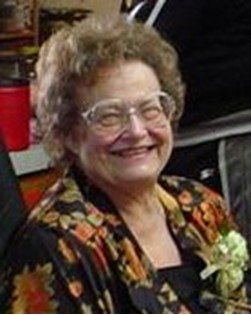 Guestbook 13
Charlene Fritz of Riverton died on Tuesday, June 2, 2009, at the Wyoming Medical Center in Casper. She was 68. Funeral services will be at 2 p.m. on Monday, June 8, at the Calvary Baptist Church in Riverton with Pastor Richard Morgan officiating. Cremation has taken place and inurnment will be at Mountain View Cemetery in Riverton. Charlene Plager was born in Casper on Aug. 27, 1940, the daughter of Edmond Samson Plager and Helen (Jolley) Plager. Her early years were spent in San Francisco and pre-teen she moved to Cody where she lived for 30 years. She moved to Riverton 22 years ago. On Oct. 25, 1956, she married David Fritz in Billings, Mont. Mrs. Fritz was a businesswoman and partner with her husband in 4D Fencing for the past 30 years. Prior to that, she was a bookkeeper. Mrs. Fritz was of the Baptist faith and member of Calvary Baptist Church of Riverton where she participated in the prayer line. She had also been a Sunday School teacher. Her family said she was an avid fan of the Denver Broncos and a story writer who enjoyed cooking, playing cards, planning family gatherings, loved mystery books and was good at telling stories. They said she loved to go to Pismo Beach. Survivors include her husband, David Fritz of Riverton; sons, David "Ed" Fritz and his wife Louise of Sheridan, Daniel E. Fritz and his wife Khristy of Riverton, and Jerry D. Fritz and his wife Jacque of Cody; eight grandchildren, David Kinder, Ashley Kinder, Brittany Jenkins, Daniel J. Fritz and his wife Jaydee, Andrew Fritz, Brandon Fritz, Amber Fritz, and Anthony Fritz; two great grandchildren; a brother, Gary Plager of Las Vegas, Nev., and close friend, Chris Lane. She was preceded in death by her parents; a daughter, Terry Kinder, and brother, Joe Plager. Memorials may be made to the Riverton Animal Adoption Center in care of the Davis Funeral Home, 2203 West Main, Riverton WY 82501. On-line obituaries are available and condolences for the family may be made at: thedavisfuneralhome.com Services are under the direction of the Davis Funeral Home of Riverton.