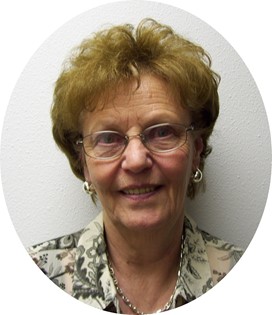 Guestbook 0
Funeral services for Margrethe E. "Grethe" Stremming of Lander will be at 2 p.m. Tuesday at the Evangelical Free Church of Lander. Pastor Richard Burke will officiate. Her cremated remains will be returned to Norway to be scattered. Mrs. Stremming died at her home in Lander Wednesday night, June 3, 2009, at the age of 66. Margrethe E. Roberg was born in Sweden on Nov. 16, 1942, the daughter of Marcus Hansen Roberg and Maj (Carlson) Roberg. From 1972 to 1979, she lived at Atlantic City, six years at the Table Mountain Ranch in Sinks Canyon, and at her home on Parks Street in Lander for 24 years. Mrs. Stremming was of the Protestant faith and attended the Evangelical Free Church of Lander. Her family said she enjoyed all types of knitting including sweaters, hats, and socks, and needlework with counted cross stitch being her specialty. On June 19, 1982, she married John P. Stremming at the Table Mountain Ranch out of Lander. Mrs. Stremming had worked in many local banks before moving on to the healthcare field, starting as an office clerk at Lander Valley Regional Medical Center and continuing with Lander/Riverton Home Health and Little Wind Hospice, now Amedysis. Survivors include her husband, John P. Stremming of Lander; a son, Keith J. Mionczynski of Highlands Ranch, Colo.; her mother, Maj Roberg of Sandefjord, Norway; sisters, Gunilla Roberg and Berit Roberg, both of Sandefjord, Norway. She was preceded in death by her father, Marcus Hansen Roberg. Memorials may be made to Little Wind Hospice, in care of the Davis Funeral Home, 2203 West Main, Riverton, WY 82501. On-line obituaries are available and condolences for the family may be made at: thedavisfuneralhome.com Services are under the direction of the Davis Funeral Home of Riverton.