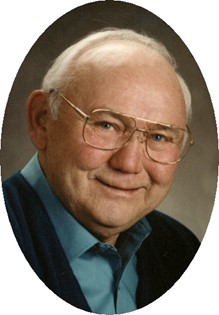 On May 23, 1943, Mr. Devish entered into active duty in the Army Air Corp. with the 392nd group and the 576th bomb squadron. He was a B-24 Waist Gunner, flying 24 missions in Northern France, Ardennes, and Rhineland campaigns. He was Honorably Discharged on October 10, 1945 at Lowry Field, Colorado. He received the European-African-Middle Eastern Campaign Ribbon with four bronze stars, the good conduct medal and the Air Medal.

He married the former Betty R. Francisco of Spearfish, South Dakota in Riverton on October 19, 1946 at the Baptist Church Parsonage. The couple met on a blind date, arranged by his sister, while S. Sgt Devish was on furlough.

Mr. and Mrs. Devish farmed and raised livestock in the Missouri Valley for forty years, retiring in 1985 and moving into Riverton. He was active in the Fremont County Soil and Water Conversation District for many years, served several terms on the School District #24 Shoshoni School Board, Mountain View Cemetery Board, and was a member of the Wind River Post #3628 V.F.W.

His family said he loved fishing, hunting, and camping. He also enjoyed going to the mountains, playing cards, visiting with family and friends, even keeping in contact with classmates and service comrades. One of his greatest joys was his grandchildren and attending their sporting and academic events.

He was preceded in death by parents, Fred and Esther Devish; his twin brother Melvin, sister Dorine and her husband George Dewey.