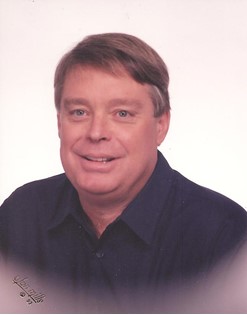 Lloyd was born in Charleston, South Carolina on March 12, 1942 to Frank O. Blair and Mary E. (Tiebout) Blair. Lloyd’s father was an electrical engineer and as such they lived in a number of towns across the country in his younger years before finally settling in Bethlehem, Pennsylvania in 1949.

Lloyd graduated from Liberty High School in 1960, the Pennington School in 1961 and the University of Wyoming in 1966 with a degree in Range Management. He served in the National Guard from 1967 to 1969. After graduating from the University of Wyoming, he worked as a Customs Inspector at the port of entry in Nogales, Arizona and then with the BLM in Montana before finally settling in Riverton where he worked in the construction industry.

He met and married Pattie (Busch) Hunt in 1983. They moved to Tucson, Arizona in 1986 where he worked as a commercial Construction Superintendent until his retirement in 2002.

Lloyd was always admired for his honesty, hard work ethic and fun loving attitude. He loved Civil War History, researching on the computer, boating, fishing and watching sports of any kind.

He was preceded in death by his Mother and Father.

He is survived by his wife Pattie of Tucson; his step-son Eric Beck of Broomfield, CO; his twin brother Alan Blair and wife Charlotte of Bethlehem, PA; his sister Judy Hudson and husband Jim of Coatesville, PA; Niece Cindy (Blair) McCarthy and family of Middletown, DE; Niece Sue (Blair) Miller and family of Mariette, PA; and Nephew William Hudson of Jupiter, FL.

A memorial service will be held at 10 a.m. on August 21, 2009 at the Davis Funeral Home with private burial at Mountain View Cemetery. In lieu of flowers, memorial donations may be sent to Westie Rescue USA, P.O. Box 342, Dunn Loring, VA 22027 in Lloyd’s name.