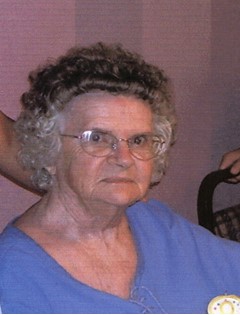 Guestbook 0
Joan A. Rowe, 84 of Riverton, died on Thursday, July 9, 2009, at the Help for Health Hospice Home in Riverton after battling with cancer since March of this year.

Cremation has taken place and no services are scheduled for this time.

She remained in Buffalo until she and her soon-to-be husband, Clarence "Bill" Rowe moved to Hawthorne, Nev., where the couple married on Dec. 10, 1944. The couple eventually moved to the Sacramento, Calif., area where they raised their three children.

During World War II, Mrs. Rowe was a "Rosie the Riveter," making airplane parts while in New York and filled bombs with black powder in Hawthorne, Nev. Later, she worked various jobs before retiring from being a school bus driver for handicapped children in California.

She was a member of Hillcrest Baptist Church in Riverton.

Following the death of her husband in 2004, Mrs. Rowe moved to Riverton to live with her daughter, Ann Rowe-Arey and her husband, Bob Arey.

Survivors include her son, Tom Rowe and his wife, Judith of Dallas, Texas; daughters, Mary Rowe-Potter and husband, Ron of Willits, Calif., and Ann Rowe-Arey and husband, Bob of Riverton; seven grandchildren, and 14 great grandchildren.

She was preceded in death by her parents, two brothers, one sister, and her husband.

Arrangements are under the direction of the Davis Funeral Home and Crematory of Riverton.