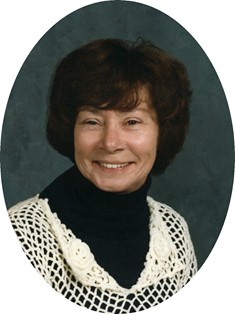 A Celebration of Alvenia’s Life will be at 10 a.m. on Thursday, July 16, at the Davis Funeral Home of Riverton. Her step-son, Pastor Marty Markve of the First Baptist Church of Deval, Okla, will speak. Interment will follow at Mountain View Cemetery in Riverton.

Alvenia Lois Swartz was born in Atwood, Piatt County, Illinois, on March 25, 1930. She was the daughter of Fred and Bessie Viola (White) Swartz. She was graduated from high school in Atwood.

She was a homemaker, having married Thomas Larry Markve in Las Vegas, Nevada, on July 24, 1984. They met the first day Thomas moved to Riverton in March of 1978.

The family moved to Riverton from Illinois in 1965.

Mrs. Markve had worked in a casket factory in, Illinois, and, in Riverton, worked for the City of Riverton as a meter reader. Her family said she enjoyed cooking, and gardening.

She was preceded in death by her parents and sisters, Lucille and Norma.

Memorials may be made to the Alzheimer's Foundation, in care of the Davis Funeral Home, 2203 West Main, Riverton, WY 82501.