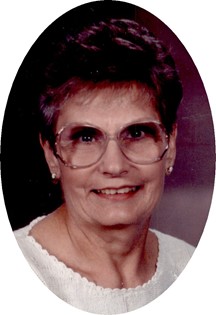 Dolores was born August 7, 1930 in Gonzalez, Texas. She met and married Frank Keralis in 1948 while he was stationed in Houston with the US Navy. The couple moved to Wyoming after their marriage.

Dolores was an avid golfer, and enjoyed the outdoors. She was active in community organizations like the Jaycees and the local Hospice, and served as a two-term president of the local Benevolent Patriotic Order of Does, which also honored her with an appointment to national office.

Services will be held Thursday, July 23, 1:00 p.m. at Cornerstone Church, 402 S. 7th East in Riverton. Memorial gifts may be made to the Morning Star Manor or the Wind River Hospice through the Davis Funeral Home.