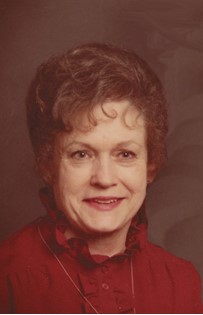 Guestbook 0
Riverton native Jeanne (Kenyon) Treybig died on Tuesday, July 21, 2009, in the home of her eldest son in Sugar Land, Texas, with family at her side, following a lengthy illness. She was 79.

Her body will then be returned to Riverton for burial beside her husband Clemens "Cotton" N. Treybig at Mountain View Cemetery on Saturday, Aug. 1.

Funeral services will be at 10 a.m. on Saturday, Aug. 1, at the Davis Funeral Home of Riverton with interment following.

Refreshments will be served following the services at the B.P.O. Elks Lodge on Main Street in Riverton.

Isabelle Jeanne Kenyon was born in Riverton on March 1, 1930, to Albert and Dulcie (Doughty) Kenyon. The Doughtys and Kenyons had homesteaded in Riverton in the early 1900s. Her siblings included an older brother Albert and two older sisters, Lee and Alice, the latter two of whom named her Isabelle, but the family said she preferred to be called Jeanne.

She married Clemens "Cotton" Treybig on July 5, 1951. After marriage, her family said Mrs. Treybig devoted her life to being a wife and the mother of their children, Mike, Pat and Kathy Lynn.

Being married to a Sun Oil Co. seismic exploration oilman, Mrs. Treybig managed house and home through two dozen moves in 35 years. These travels and travails allowed her to make many lasting friendships over the years, both on the seismic crews and local community.

Her family described her as "A curious and talented cook, who delighted her family and friends with simple homespun meals to exotic foreign cuisine."

Along with her joy of cooking, the family said she instilled in her children a love of music, books, theatre, and the value of friendship. Marriage into the Treybig family provided her with an extended family of grandmother and grandfather, 20 new brothers and sisters, and 47 nieces and nephews.

The family recounts many memories of summer vacations with family and friends in the Riverton area.

In addition to her talents as wife, mother, and cook, the family cited Mrs. Treybig's service as a seamstress, Den Mother, drivers' education teacher, family chauffeur, Sunday School teacher, church pianist, and faith in the church.

She was preceded in death by her husband, Cotton; grandson, Stephen; brother, Albert; sister, Alice, and a number of life-long friends and family members.