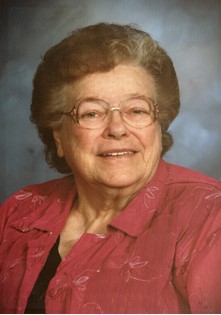 Funeral services are tentatively set for 2 p.m. Thursday, Aug. 6, at St. Margaret's gym in Riverton with the Rev. Father Andrew Duncan officiating. Interment will be at Mountain View Cemetery in Riverton.

Twila June Padgett was born in Riverton on June 14, 1932, the daughter of Loren Calvin Padgett and Catherine N. (Priest) Padgett. She grew up on the family homestead in Paradise Valley. In later years she and her husband purchased the original homestead and added it to their farm.

She was graduated from Shoshoni High School in 1950, the first of four generations of her children, grandchildren, and great grandchildren attending the Shoshoni schools.

Mrs. Maxson was a farmer and homemaker, keenly involved in the agriculture industry. She worked for the Wyoming Livestock Reporting Service, was a substitute bus driver for the Shoshoni schools, started the family irrigation pipe business, weighed sugar beets during the harvest at the farmers' beet dump, and operated the Shadow of the Pines craft business from her home with booths at the various craft shows.

She had been a member of the Helping Hand Club since the age of 16, active in the Riverton Cowbelles/Cattlewomen, the After 5 Club, Shoshoni Alumni Association, was a former 4-H leader, and was named Ag Woman of the Year by the Riverton Chamber of Commerce. Mrs. Maxson was very active in fund raising to keep the Helping Hand Club Hall in good shape and bringing indoor plumbing to the building. Considered the matriarch of Paradise Valley, Mrs. Maxson regularly greeted new neighbors and encouraged their community involvement.

Her family said Mrs. Maxson enjoyed reading Wyoming history and sharing stories with family and friends, she regularly won the pie and cinnamon roll contests at the Fremont County Fair, collected postcards, and recently took up jewelry-making and beading and shared her skill with her family. She also enjoyed crocheting and knitting.

Survivors include her husband of 59 years, Gordon LeRoy "Roy" Maxson of Riverton; sons, Gordon L. Maxson, Jr., and his wife Sandy, and Roger P. Maxson and his wife Brenda; daughter, RoJean A. Thayer and husband Terry, all of Riverton; 11 grandchildren, and 18 great grandchildren; a brother, Loren C. Padgett, Jr., of Boise, Idaho; and numerous nieces and nephews.

Memorials may be made to the Helping Hand Club, Shoshoni Alumni Association, or CWC Foundation Nursing Student Scholarships in care of the Davis Funeral Home, 2203 West Main, Riverton, WY 82501.