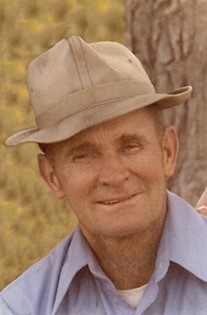 Guestbook 7
Albert W. "Spud" Barham of Riverton died on Friday, July 31, 2009m at the Wyoming Medical Center in Casper with his wife by his side. He was 76.

At his request, cremation has taken place and the family will have a private memorial service at Dubois where his cremated remains will be interred at a later date.

Albert W. Barham was the son of a pioneer family of Thermopolis, born in the mining town of Gebo on May 21, 1933. He was the youngest son of Royal Bert Barham, a coal miner in the Basin country who had served as a Wagoneer in World War I, and Clara Mae (Edwards) Barham, the first white child born in East Thermopolis.

He attended schools at Kirby, Lucerne, Thermopolis, and was graduated from Ten Sleep High School in 1951.

He worked as an irrigator and wrangler for several area ranches during the summers. In 1952, he joined the U.S. Navy and served on the destroyer escort USS Vamen during the Korean War, with the rank of BT3. With an honorable discharge in 1956, he returned to Wyoming and began working in the oil fields.

On Aug. 23, 1957, he married Marilyn K. Mosher in Dubois, at the home of the bride's parents. They made their home in Dubois where Mr. Barham worked for the Dubois Mercantile, Stringer Ranch, Fremont County Roads, and Wind River Logging. Two children were born into the family during that period -- Barton in 1963 and Kayla in 1965.

In 1967, while working for the Fremont County Roads Department, he was injured when a D4 Caterpillar rolled over him while he was working on the Dunoir Valley Road. During his recuperation, Mr. Barham began his studies to be a locksmith, later operating his first shop "Spud's Locksmithing."

In 1973, he moved his family to Riverton and opened Spud's Locksmiths here. He was active in the business until health issues caused him to retire in 1989.

His family said Mr. Barham always enjoyed the outdoors and, after retirement, they said he enjoyed his family and yard, which is filled with windmills, birdhouses, and bird feeders.

He was preceded in death by an infant daughter, Kayla, his parents, two sisters, a brother Bob Barham, and a nephew Jim Barham.

As a memorial, Mr. Barham had asked people to feed the wild birds, which he enoyed so much.