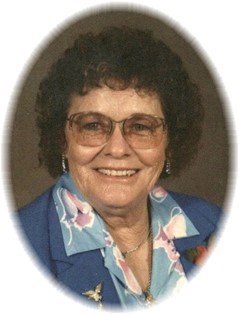 Guestbook 1
Maxine Wieser of Riverton died at Wind River Healthcare on Thursday, Aug. 6, 2009, at the age of 87.

Graveside services will be at 10 a.m. on Tuesday, Aug. 11, at Mountain View Cemetery in Riverton. Pastor Aaron Justice will officiate.

She married William Joseph Wieser in Whitefish, Mont. He preceded her in death in 1980.

They came to Riverton from Manderson in 1958 with Mr. Wieser working in the Gas Hills. They owned and operated Wieser Trailer Court for many years.

Mrs. Wieser had served as an election judge in Manderson in the early 50s, and, after moving here, she cooked at the Jefferson School in the early 60s.

Mrs. Wieser was of the Protestant faith and a member of the Eagles Auxiliary.

Her family said she enjoyed snowmobiling, camping, fishing, watching game shows on TV, traveling to Alaska and other places to see her family, and visiting on the telephone.