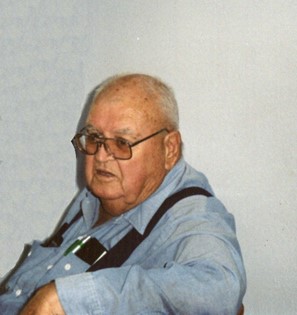 He was born July 29, 1920, son of William Clifton and Helen Claire (Brown) Hays in Lander, Wyoming. He attended schools in Fremont County before enlisting in the U.S. Army on October 20, 1950. He was also a member of the Civil Air Patrol.

After his time in the service, he worked 2 years in a lumber mill in Portland, Oregon and then returned to Riverton to work in the oil field and at the Natural Gas Plant. He then was appointed to the Postmaster position in Riverton in 1962 until retirement in 1984. He also worked as an EMT for approximately 20 years.

He was a member of the Trinity Lutheran Church.

He enjoyed hunting, fishing and was very involved with all of his family. His family also said he was an avid reader and was very interested in politics.

He was preceded in death by his wife, parents, 2 brothers, Phillip and Bennett Hays and sister Jacqueline.

Memorial contributions may be made to the Help for Health Hospice Home, care of Davis Funeral Home, 2203 West Main Street, Riverton, WY 82501