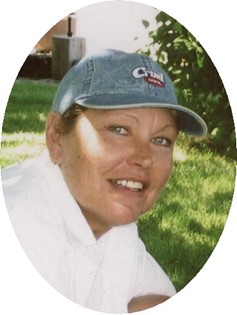 Guestbook 24
Funeral services for Carman M. Hackleman of Riverton will be at 2 p.m. Friday, Sept. 11, at the Davis Funeral Home of Riverton with Pastor Aaron Justice officiating. A dinner will follow at the Elks Club in downtown Riverton.

Cremation will follow the service and private burial of cremated remains will take place at Mountain View Cemetery in Riverton.

Mrs. Hackleman died on Saturday, Sept. 5, 2009, at Riverton Memorial Hospital after a brief battle with cancer. She was 48.

Carman Marie Kain was born in Gillette on Nov. 3, 1960, the daughter of Raymond B. Kain and Anita M. (Sutherland) Kain. She was baptized into the Lutheran faith. She attended the Haxttur (Colo.) elementary school and was graduated from high school in Douglas.

She married Barry W. Hackleman at the United Methodist Church in Riverton on Feb. 13, 1995.

She had lived in Riverton for 23 years, after living in Gillette for two years, in Paoli, Colo., for 13 years, and Douglas for 10 years.

Her family said she enjoyed fishing, bowling, darts, and her family.

Survivors include her husband, Barry W. Hackleman of Riverton; a son, Oakley, of the family home; her parents, Raymond and Anita Kain of Douglas; brothers, Steve Kain and his wife Janelle of Douglas and Mark Kain and his wife Mindy of Kersey, Colo.; in-laws, J.D. and Janet Hackleman of Riverton; sisters-in-law, Peggy Forbis and husband Tim of Riverton and Lori and Carl Cook of Phoenix, Ariz.; a brother-in-law, Lee Hackleman and wife Bobbie of Casper; numerous nieces, nephews, and cousins.

She was preceded in death by her maternal and paternal grandparents.

Memorials may be made to the Oakley Hackleman Education Fund in care of the Davis Funeral Home, 2203 West Main, Riverton, WY 82501.