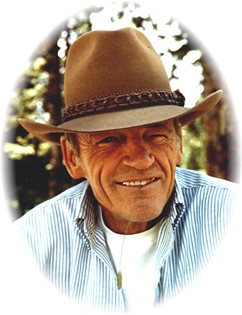 Guestbook 4
Memorial services for Mervin Lindsey of Crowheart will be held at 2:00 p.m. Saturday, October 3, 2009 at the Headwaters Community Center in Dubois.

Mr. Lindsey received his master’s degree from the University of Wyoming and had been a school teacher in South Dakota, Montana, Idaho and several communities in Wyoming.

He moved to Dubois in 1974 and had been principal at the Dubois Elementary School from 1974 to 1989, when he retired. Since that time, he had been ranching.

Mr. Lindsey’s family said he had a great love of land and people and was an important member of the communities of Dubois and Crowheart. He was beloved by everyone. They also said he enjoyed being in the forest with his cattle and enjoyed woodworking.

He was a 50-year member of the Masonic Lodge in Dubois.

He was preceded in death by a son, Mark Lindsey.

Memorial donations may be made to the Union of Concerned Scientists, or the ACLU, in care of the Davis Funeral Home, 2203 W. Main, Riverton, WY 82501.