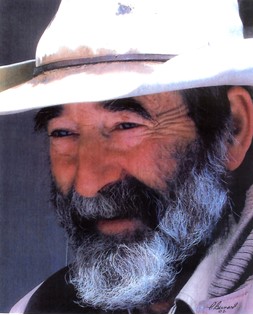 Guestbook 0
Aaron Eugene Thomas passed peacefully from this world on to the Great Beyond, Sunday September 6, 2009 at the age of 71.

Aaron was born May 27, 1938 in Reno, Nevada the second child of two to James and Estelle Thomas.

He grew up in Truckee, California where as a young man he enjoyed playing baseball, skiing, hunting and fishing to name just a few of his life’s passions. He took up trapping learning secrets from ‘Old Timers’.

Aaron had an enormous passion for the out-of-doors. He loved hunting, fishing, hiking & skiing to name just a few of his passions. He was one with his environment, a spiritual man.

He always loved working in the woods. Falling trees, topping trees, cutting firewood… He was known to take a load of firewood to someone…just because.

Aaron had a generous heart! Always giving, never asking for anything in return. There is a plaque that hangs above his door that reads ‘Live Simply, Laugh Often, and Love Deeply’. All who knew him saw him lead his life this way. He was a Great man and mentor!

Aaron is survived by his companion, his dog Josie who was always by his side, even up to his passing.

Aaron is survived by numerous friends he considered his family.

Aaron was preceded in death by his father James Thomas, his mother Estelle Thomas and his brother James (Jim) Thomas.

A memorial service was held in Dubois, Wyoming on September 11, 2009, at the Headwaters.

Aaron was a blessed soul and will be sorely missed by all who knew him.