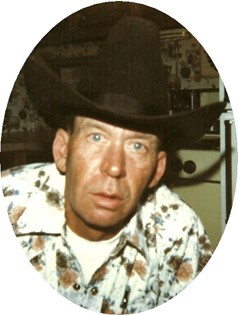 Guestbook 2
Memorial services for Richard H. "Dick" Babione of Riverton will be at 12:30 p.m. on Saturday, Oct. 10, at the United Baptist Church of Riverton. Pastor Mark Yeatman will officiate. Cremation has taken place. Mr. Babione died Saturday evening, Oct. 3, 2009, at Wind River Healthcare in Riverton. He was 72. Richard Henry Babione was born in Sheridan on Oct. 20, 1936, the son of Clinton Gilbert Babione and Ivy Stella (Lauer) Babione. He was graduated from high school in Meeker, Wyo. Mr. Babione was a rancher who also did power line work for much of his life. He had ranched from 1975 until becoming disabled in 2001. He had entered the nursing home in 2004. Before coming to Riverton, he lived in Lodge Grass and Saint Xavier, Mont. He had married Betty Mae Duncan on Feb. 11, 1961. They divorced in 1975. He attended the United Baptist Church in Riverton and his family said Mr. Babione was an avid hunter when he was younger. He also enjoyed woodworking and leather work, the family said. Survivors include sons, Virgil Mark Babione of Cody, and Gary Gene Babione and Clinton LeRoy Babione, both of Riverton; grandchildren, Danielle Jo Babione, Brandon Mark Babione, Tyrin Gene Babione, Cory William Babione, and Ashley Elizabeth Babione; one great grandson and one great granddaughter; sisters, Beatrice Babione Hudson and Joyce Babione Johnson. He was preceded in death by his parents; two brothers, Cecil and William. On-line obituaries are available and condolences for the family may be made at: thedavisfuneralhome.com. Arrangements are under the direction of the Davis Funeral Home of Riverton.