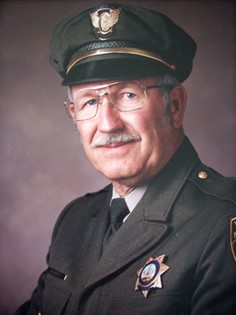 Guestbook 11
After a short battle with cancer, Duane Verley died on Tuesday, October 6, 2009 at his home in Bouse, Arizona with his wife and children by his side. Duane A. Verley was born on March 18, 1938 in Riverton, Wyoming to Floyd Verley and Fern (Brines) Verley. Duane attended schools in Shoshoni and Riverton and graduated from Riverton High School in 1957. He married Carol I. Willman on November 26, 1958 in Riverton. Duane engaged in many occupations including 9 years of service as a Motor Sergeant with the Wyoming National Guard, a land surveyor, service advisor for Riverton Chrysler, Fremont County Deputy Coroner, and Boysen Park Ranger. Duane worked for the state of Wyoming for 32 years and was stationed as a Patrolman in Lusk and Riverton. He received many honors including a Purple Heart and Combat Cross after being shot in the line of duty on November 1, 1973. He retired in 1993. In addition to his many jobs, Duane was involved with several organizations including Search & Rescue, Lion’s Club, Wyoming Peace Officer’s Association, Meadowlark Good Sams, Riverton Balloon Club, Bouse Genealogy Club, and the American Truck Historical Society. In his spare time, Duane enjoyed restoring old vehicles, extensive traveling, camping, reading, HAM radios (WA7ONU), metal art, square dancing, visiting with friends, and many other hobbies and interests. He was never too busy to spend time with his family and always made them his priority. Duane is survived by his wife Carol of Bouse, AZ, his daughter Debra Verley of Martinsville, IN, his son Dale Verley and wife Angela of North Pole, AK, his brother Larry of Boerne, TX, sister Mina Rausch of Sheridan, OR, brother Leigh of Bullhead City, AZ, three grandchildren, Samuel Frye of San Diego, CA, Amanda Vandagrifft of Martinsville, IN, Dawson Verley of North Pole, AK, four great-grandchildren, lots and lots of "cuzins" and one South Dakota truck driver. A celebration to honor Duane’s life and accomplishments will be held at 10 am on Wednesday, October 14, 2009 at the Davis Funeral Home in Riverton. In lieu of flowers, the family requests that donations be made to the Duane Verley Fund to benefit the Help For Health Hospice c/o Davis Funeral Home, 2203 W Main Street, Riverton, WY.