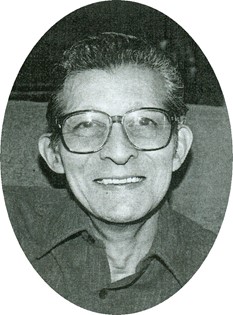 Robert Chand was born in Beaumont, Tex., on Nov. 14, 1931, the son of Pandit Mehar Chand and Lola (Torres) Chand. He grew up in Beaumont and was graduated from high school there.

Following college he moved to Ethete and had lived in the Riverton area for over 40 years.

For 32 years, Mr. Chand taught social studies and math at the Wyoming Indian School at Mill Creek. For 10 years, he was a night watchman at Central Wyoming College.

His family said Mr. Chand was a gun collector and enjoyed playing golf.

Survivors include nieces, Sarah Chand and her fiancé John Severinchek of Riverton, Robin Chand and husband Guy Donovan of Lander, and Tracy Johnston and husband Bobby of Lander; brothers, Daniel Chand and wife Sue of Texas, and Harry Chand and wife Wilma of Illinois; sisters, Barbara Foster of Idaho, Carman Patella and her husband Paul of Washington, Cindy Morse and husband Ron of Texas, Francis Fretwell of California, and Esterly Carl and her husband Al of California; many great nieces and great nephews. He was preceded in death by his parents; brothers, Raymond, P.M., and George; sisters, Ruby, Anna May, Deila, and Margaret.