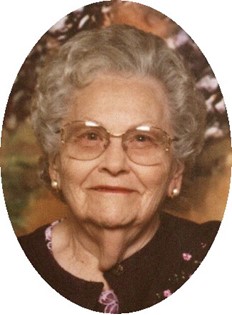 Guestbook 1
Graveside services for Madeline Richardson will be at 10 a.m. Tuesday, Oct. 27, at Mountain View Cemetery in Riverton. In the event of inclement weather, Funeral services will be at the Davis Funeral Home of Riverton, at that time.

Mrs. Richardson was a housewife and of the Protestant faith. Her family said she enjoyed her family and playing Bingo.

She lived in Oregon for many years before moving to the Lander and Riverton area to be near her children.

She was preceded in death by her parents; brothers, H.C. Reed, Carlos Reed, and Jay A. Reed, and a sister, Dolores Sledge Seaver.

Memorials may be made to the Riverton Senior Center care of Davis Funeral Home, 2203 West Main Street, Riverton, WY 82501.