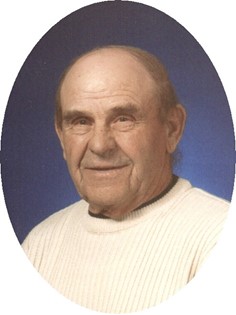 Guestbook 22
Memorial services for Herman Eugene Blumenshine, Sr. will be at 11 a.m. on Friday, Nov. 6, at at Mountain View Cemetery in Riverton. Pastor David Magruder of Trinity Lutheran Church will officiate along with Pastor Vernon Boelhke. The Wyoming Army National Guard will provide military honors.

There will be a viewing and visitation at the Davis Funeral Home from 4 to 5 p.m. on Thursday, Nov. 5.

Herman Eugene Blumenshine was born on Feb. 7, 1930 in Longmont, Colo., the son of John Blumenshine and Katherine (Befus) Blumenshine. He moved to Riverton when he was one year old.

Mr. Blumenshine was a long-time farmer in Missouri Valley until 1985. He continued to farm off and on his entire life. Some of the farm work involved helping his uncle and children. Later he worked for Midvale Irrigation for 10 years, then for Riverton Valley Irrigation for one year. On March 11, 1957, Mr. Blumenshine married Thelma Real in Las Vegas, Nev.

Mr. Blumenshine was a member of Trinity Lutheran Church and a U.S. Navy veteran of the Korean War.

His family said he was an avid fisherman, and enjoyed hunting, and the outdoors.

He was preceded in death by his parents, John and Katherine (Befus) Blumenshine.

Memorials may be made to Trinity Lutheran Church or Little Wind Hospice, in care of the Davis Funeral Home, 2203 West Main Street, Riverton, WY 82501.