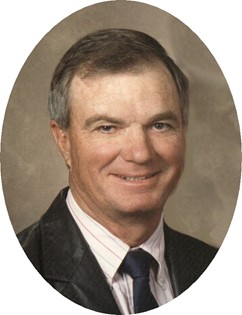 Funeral services will be at 2 p.m. on Saturday, Nov. 7, at St. Margaret's Catholic Church in Riverton. The Rev. Fathers Jim Heiser and Tom Ogg will officiate.

Charles Gary Jennings was born on Jan. 15, 1939 in Salt Lake City, Utah, the son of Charles Virgil Jennings and Anne (Claus) Jennings. The family was in the process of moving from California to Wyoming. He was the youngest of three children and grew up on the family farm, Jennings Farms, Inc., north of Riverton.

Mr. Jennings served as his high school class president, the 1957 Riverton FFA Chapter president, and graduated with honors from Riverton High School in 1957. He later graduated from the University of Wyoming in 1961 with a teaching degree and major in agriculture. During college, Mr. Jennings worked for Dr. Conrad Kercher on the University of Wyoming research farm, the only job he ever held outside the Jennings family farm.

Mr. Jennings was drafted into the Army Signal Corps and served from 1962 to 1963 until he was called back home to help his brother and ailing father.

He was on the state ASCS board from 1980 to 1990 and served four terms in the Wyoming House of Representatives, from 1972 to 1980. He served on the Washakie Sugar Beet Growers' Association Board, on the First Interstate Bank board and advisory board since 1976. He was a member of the Regional Legal Board and the Riverton Valley Irrigation District Board. He was a life-member the B.P.O. Elks Lodge and was the Fremont County Ag Man of the Year in 1999. He also served as County Commissioner for one term.

He is survived by his wife of 40 years, Colleen; son, Bill Jennings and wife Malissa; daughter, Cindy Schmuck and husband Terry; eight grandchildren, and his sister, Carol Jennings of Thermopolis.

He was preceded in death by his parents, Charles V. and Anna Jennings, and his brother Ralph Lee Jennings.

Memorials may be made to the Help for Health Hospice Home or St. Margaret's Catholic School Foundation, in care of the Davis Funeral home, 2203 West Main Street, Riverton, WY 82501.