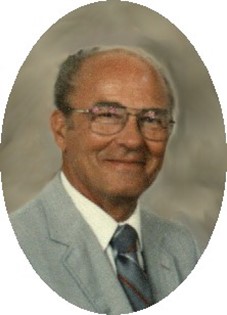 Funeral services will be held at 9 a.m. on Saturday, Nov. 7, at St. Margaret's Catholic Church in Riverton with the Rev. Father Andrew Duncan officiating. Burial will follow at Mountain View Cemetery. The Wyoming Army National Guard will provide military honors.

There will be a visitation and vigil service at 7 p.m. on Friday, Nov. 6, at the Davis Funeral Home of Riverton.

Wallace Karl “Wally” Kucera was born on October 6, 1927 in New Prague, Minn., the son of Charles and Katherine (Parkos) Kucera. He attended high school at St. John's Prep in Collegeville, Minn. He then attended college at St. Thomas in St. Paul, Minn., then Creighton Medical School in Omaha, Neb.

Dr. Kucera began his medical practice in the military during the Korean War. He began his civilian practice in Lead, S.D. He moved to Riverton in 1964, joined the Wind River Medical Group and became a member of the Fremont County Medical Society.

He married Alice Ellefson on February 4, 1951 in Lincoln, Nebraska.

He practiced medicine for approximately 25 years. He was a veteran of WWII as well as the Korean War.

Dr. Kucera was a member of the Knights of Columbus and his family said he was very involved with the Boy Scouts when his sons participated. They said he enjoyed hunting, fishing, reading, classical music, and time with his family and his dog.

He was preceded in death by his parents, Charles and Katherine Kucera; and two sons, Bruce and Paul.

Memorials may be made to St. Margaret's Endowment Fund or the CWC Scholarship Fund, care of the Davis Funeral Home, 2203 West Main Street, Riverton, WY 82501.