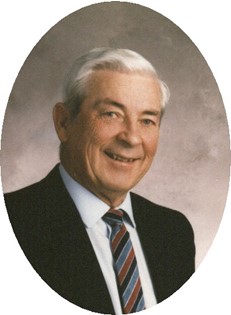 Graveside services will be at 11 a.m. Friday, Nov. 13, at Mountain View Cemetery in Riverton with his son, Gary Anderson, officiating. Military Honors will be provided by the Riverton Veterans’ Service Organization.

There will be a viewing from 9 to 10:30 a.m. on Friday at the Davis Funeral Home of Riverton.

He grew up in Litchfield and served during World War II with the U.S. Maritime Service and U.S. Navy. He served on the ship USS Drew APA 162 and started the USS Drew annual reunions.

Mr. Anderson came to Riverton in 1946, working as an oil well servicing contractor. He served as president of the Rocky Mountain Region of the Association of Oil Well Servicing Contractors, and also served on the Wyoming Oil and Gas Commission.

In 1949, he married Ethel Anderson. They later divorced.

His family said Mr. Anderson's hobbies were hunting, fishing, traveling and playing golf, while family was his priority.

Mr. Anderson was of the Methodist faith.

He was a life member of the Veterans of Foreign Wars and the Fraternal Order of the Elks. He was a former member of the Riverton Country Club.

Memorials may be made to a charity of the donor's choice in care of the Davis Funeral Home, 2203 West Main, Riverton, WY 82501.