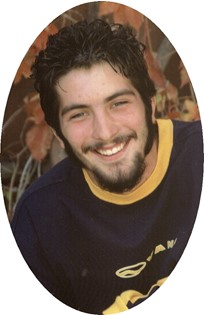 There will be a viewing from 8 a.m. to Noon on Saturday at the Davis Funeral Home of Riverton.

Mr. Apodaca died at the Wyoming Medical Center in Casper on Sunday, Nov. 22, 2009, at the age of 25 after a battle with cancer.

Tyler Ray Apodaca was born in Riverton on April 11, 1984, the son of Raymond C. Apodaca and Carla Kay (Ellison) Apodaca. He graduated from Riverton High School with the Class of 2003 where he was part of the RHS wrestling team.

He worked as a carpenter with Apodaca and Sons Construction..

On June 25, 2005, he married Mandy S. Kinney at the Saw Mill Lodge on Union Pass above Dubois.

His family said Mr. Apodaca especially enjoyed playing with his daughter and spending time with his wife, riding BMX extreme bicycles, snowboarding, wake boarding, and customizing vehicles. He had just completed building a new home for his family, moving into it in the spring of this year.

Mr. Apodaca had lived in Salt Lake City, Utah, for two years, 2005-07, which was where his daughter, Dahlia was born.

He was preceded in death by his grandfathers, Vern Ellison and Max Apodaca; a brother, Christopher Brooks Apodaca in 1998.

Memorials may be made to the Tyler Apodaca Fund at the Wyoming National Bank of Riverton.