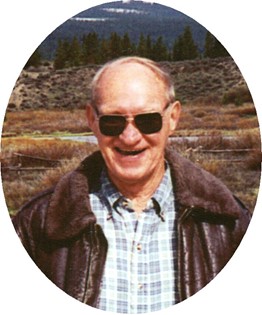 Guestbook 3
Delmar A. DuRyea of Riverton died on Friday, Nov. 27, 2009, at the VA Medical Center in Sheridan. He was 78. Funeral services will be at 2 p.m. Friday, Dec. 4, at the Davis Funeral Home of Riverton with Pastor Mark Thurman of the United Methodist Church officiating.

Military Honors will be by the Wyoming Army National Guard.

There will be a viewing from Noon until 2 p.m. Friday at the funeral home.

Mr. DuRyea attended the University of Southern California where he received his Bachelor of Science degree in business administration.

He served with the U.S. Air Force, being Honorably Discharge on March 27, 1955 receiving the National Defense Service Medal and Good Conduct Medal.

Mr. DuRyea was a member of the Riverton B.P.O. Elks Lodge. His family said he loved motorcycles and enjoyed riding with his wife and brother, enjoyed weekend camping trips with friends, four-wheelers, and Tuesday evening dinners at the VFW Club.

He was preceded in death by his parents, his wife, and a brother, Harry DuRyea, Jr.