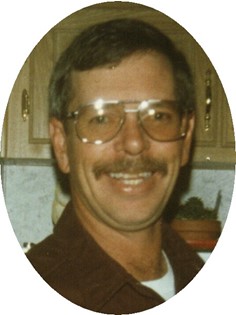 Scott Alan Frazer was born in The Dalles, Oregon, on June 3, 1955, the son of Scott LeRoy Frazer and Roma Anne (Martin) Frazer.

He grew up in Dubois, graduating Dubois High School in 1973. He has lived in Riverton since the 1980’s moving here from Belgrade, Mont.

In November of 1984, he married Kathy Wilson in Dubois. They later divorced but remained close friends.

He worked for Stallion Solids Control as a Dewatering Operator and had been a logger, truck driver for BTI and worked in the timber industry in Dubois and Montana.

Mr. Frazer's family said he enjoyed golf, spending time with his grandchildren, hunting, fishing, camping, horses, cutting firewood, socializing with friends, being in the mountains, helping others, and socializing at the VFW Club in Dubois.

Survivors include; his mother, Roma Anne Frazer of McMinnville, Oregon; brothers, Edward Frazer and his wife Dori of Union, Oregon, and James Frazer and his wife Teresa of McMinnville; Kathy’s children, Justin Wilson of Dubois, and Shannon Sanderson and husband Bart of Riverton; grandchildren, Morgan, Kaden, and Bailey; nieces, Mandy Boykin of McMinnville, and Amy Simmons of La Grande, Oregon; a nephew, Ryan Kamp of Colorado Springs, Colo.; numerous aunts, uncles, and cousins of Oregon; and many close friends. He was preceded in death by his father.

Memorials may be made to the Shrine Children's Travel Fund in care of Davis Funeral Home, 2203 W. Main Street, Riverton, Wyoming 82501.