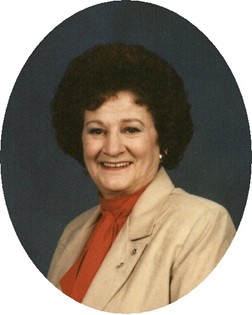 Guestbook 5
Funeral services for Georgia M. Eckley of Riverton will be at 10:30 a.m. Tuesday, Dec. 15, at the First Baptist Church of Riverton. The Rev. Dale Adams will officiate.

Mrs. Eckley was called home to be with her Lord and Savior the Friday morning, Dec. 11, 2009, at the Help for Health Hospice Home in Riverton after a courageous battle with pain. She was 88.

Georgia Mary Jaques was born in Boyton, Mo., on May 9, 1921, the daughter of Pebble Norman Jaques and Lula (Deeds) Jaques. She married Lloyd Eckley in Cheyenne, WY December 31, 1943.

Before her marriage, Georgia was employed at Radio Station K.F.K.A. in Greeley, CO. There she sang and played her guitar, accompanied by Tex Brown and his Buckaroos. She has sung at different churches, March of Dimes and other functions. She has been a member of the First Baptist Church since 1951, where she taught Sunday school, Junior Church and helped where she was needed. She was a member of the Gideon Auxiliary since 1962, where she served as president several years, and other offices. She was rural chairman 6 years for the Fremont County Cancer Society and was awarded several plaques for her outstanding and dedicated service for North Fremont County. She worked with the B. Square 4-H group several years receiving awards for her achievements. Georgia and her husband were honorary members of the F.F.A. organization of Riverton, receiving several awards.

Georgia’s hobbies were singing, writing songs, sewing and most of all entertaining and being with her grandchildren.

She was preceded in death by her mother and father, her husband, Lloyd, brothers, Williford, Wilburn, Merrill and Dale, and sister Dorothy, and step grandson, Jody Stransky.