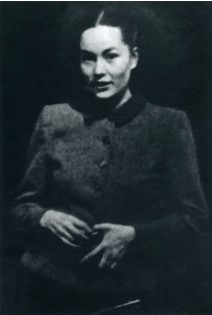 Funeral services will be at 11 a.m., Saturday, Dec. 19, at the Davis Funeral Home in Riverton. Interment will follow at the rural Collins Cemetery.

Louise Long was born in Ethete on Aug. 2, 1924, the daughter of Clayton and Annie Frances (Collins) Long. She grew up on the Little Wind River and attended the Lower Mill Creek one-room schoolhouse.

She was graduated from Fremont County Vocational High School in Lander in 1941.

On her first job, she worked in the engineering office for the 17 Mile Road project on the Wind River Reservation. In 1942 after one year at the University of Wyoming she moved to Washington D.C. joining her older sister Edna Portwood there in the war effort. She worked as a secretary for several agencies including the War Resources Board and Walter Reed Army Hospital.

In 1948 Louise began several years of work as a secretary at the Bureau of Indian Affairs, in the Land Office.

Over summers she continued her studies at UW, receiving her Bachelor of Arts degree in Sociology in 1953. She served as an elementary school teacher for one year at the St. Michael’s Episcopal Mission in Ethete.

In 1954 she moved back to Washington to take a job in Senator Lester Hunt’s office before moving to the Smithsonian Institution’s Bureau of American Ethnology where she worked for several years.

On April 18, 1963 she married Bright Springman in Washington D.C.. They had one son, Brandt, and raised him there and in Wyoming.

She worked at the Wilderness society in 1963 and 1964 during the passage of the landmark Wilderness Act.

In 1977 Mrs. Springman was invited to the White House Rose Garden in recognition of her efforts protecting the environment.

In 1979 Mrs. Springman returned as a secretary to the Bureau of Indian affairs, this time with the Department of Forestry until 1985 when the couple returned to Fremont County from Arlington, Virginia.

She became active in the Northern Arapaho General Council and efforts to protect the tribe’s water rights. She fought to protect wildlife, staying in contact with federal agencies to protect prairie dogs, sage grouse and wild horses.

She enjoyed visiting her relations.

She liked to travel in the states of Montana, Nevada, Utah, New Mexico and Wyoming – she liked Windy Wyoming the best.

Memorials may be made to Biodiversity Conservation Alliance in care of the Davis Funeral Home, 2203 W. Main Street, Riverton, WY 82501