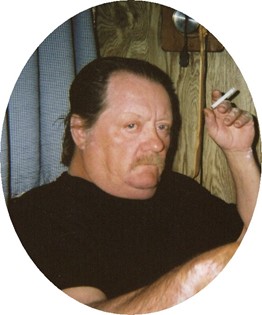 Guestbook 2
Funeral services for Robert J. "Bobby" Sonesen of rural Riverton will be at 2 p.m. Friday, Jan. 8, at the Davis Funeral Home of Riverton. Pastor Aaron Justice will officiate.

Inurnment will be in the Gillette Cemetery.

Mr. Sonesen died at Riverton Memorial Hospital on Saturday, Jan. 2, 2010, after being stricken at his place of business. He was 60 years old.

Robert Joe Sonesen was born in Gillette on July 23, 1949, the son of William E. "Bill" and Carolyn May (Waddell) Sonesen. He lived in Riverton and had lived in Worland, Bakersfield, Calif., and Thermopolis.

He drove truck at an early age and worked on rigs in the oilfields. Mr. Sonesen operated Sonesen Trenching and industrial air filter cleaning as Clean Air of Wyoming.

His family said Mr. Sonesen was a handyman and good with his hands. They said he loved, fishing, making knives, riding and working on motorcycles, going to motorcycle rallies, and spending time with friends and family.

He was preceded in death by his parents, a brother, Sandy, and son, Robert Joe.