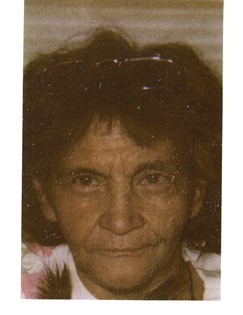 Guestbook 1
Funeral services for Ruby I. Warren of Arapahoe will be at 10 a.m. on Friday, Jan. 8, at St. Stephen's Catholic Church with interment to follow at the Warren Cemetery.

There will be a rosary at 7 p.m. Wednesday, Jan. 6, at the Davis Funeral Home of Riverton and a second rosary at 7 p.m. Thursday, Jan. 7, at St. Stephens. A wake will follow on Thursday at the family home, 170 Little Wind River Bottom Road.

She married Basil R. Warren on January 9, 1960 at Fort Washakie.