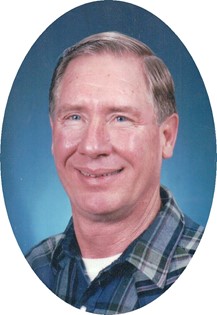 Guestbook 29
Leonard Wood was born on September 24, 1948 in Scottsbluff Nebraska to Leonard (Woody) and Barbara Wood. The wonderful qualities that made him who he was: an honest, hard working man with tenacity, grit, and a competitive spirit to perform at his best, can be contributed to his parents.

Leonard attended schools in Nebraska and Riverton, graduating in 1967 from Riverton High School where he left his mark, especially in athletics. He lettered in three different sports: football, basketball, and track and was the recipient of the R Club blanket which was awarded to the outstanding athlete of the year.

Leonard, and a few of his buddies also left their mark with several junior high and senior high staff in the form of pranks that in today’s schools would have gotten them suspended indefinitely.

After graduating from high school, Leonard played football for Chadron State College. In March of 1969 he was called by his country and proudly served in the army, stationed in Germany for a year and then served a tour of duty in Vietnam. It was through this experience that he met his lifelong friend Bob Luoma. Leonard and Bob left for the army from Lander on the same day and have since been inseparable friends.

In 1966 Leonard met his sweetheart, Daria, the love of his life. They dated for 5 years while he finished his tour of duty for the army and she completed her degree in education. They were married May 27, 1971.

Soon after their marriage Leonard went to work for V1 Propane as a truck driver. Les Fossey was the manager at the time and he was able to hire Leonard on the spot after visiting with the regional manager in Idaho and telling him that “Leonard was so honest that you could shoot craps with him over the telephone. “

In 1973 he was sent to Dubois to set up a propane plant. They moved back to Riverton in 1976 and Leonard became the manager of the Fremont County plants. Later he became the operational manager of all V1 plants in Wyoming, as well as some in Montana and Colorado. Leonard worked for V1 for 26 years until he reluctantly went on disability due to his MS.

Leonard had an uncanny knack for managing people, not only among those who worked for him at V1, but also those friends whom he worked with or helped out on his days off, his children (sometimes much to their dismay) and all the people who helped him build their cabin on Union Pass. He knew how to use each person’s strengths to their fullest potential and he most certainly did not cut anyone any slack, but he didn’t expect anything from anybody that he didn’t expect from himself.

Leonard and Daria were blessed with three wonderful children, Nichole, Justin, and Amanda and they have been the center of their lives for the last 33 years. He would always refer to them as his rainbow cattle company, as each one had a different color of hair. Many wonderful, and sometimes challenging years, were spent nurturing and molding his rainbow crew into the remarkable, loving, and dedicated adults they are today. The return on this endeavor has been the gift of his grandchildren who have given him many hours of entertainment, love, and happiness during his years of confinement as a result of MS.

Although Multiple Sclerosis confined him physically, Leonard would not let this disease destroy his spirit, his fortitude, his humor or his ability to share all these traits with others. He spent his years of confinement reading, constantly watching the old westerns (much to Daria’s dismay), and learning all he could from the computer. His attitude about illness was beyond amazing…he never complained, never showed anger, and never once felt sorry for himself. All who knew him were utterly amazed at how he handled all of the hurdles this cruel disease set before him. We all drew strength from him and when we would get to feeling sorry for ourselves and the pitfalls in our lives, we only had to go get our “Leonard “ fix to get our lives back on track. This man is our HERO and we pray that his fortitude, his courage, andhis tremendous strength will give all of us what we will need to get through the roughest part of this of this disease: facing life without him.

Meeting him in heaven were his father Woody, his father-in-law Rollie Brown, his sister Vicky and his grandson Korbin.