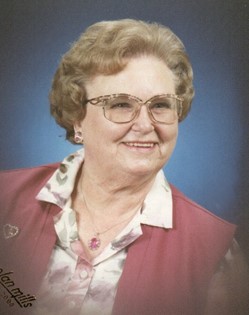 Guestbook 6
Mass of the Christian Burial will be celebrated at the Catholic Church of the Ascension in Hudson at 10 a.m. on Friday, Feb. 5, with Father Dave Erickson and Father Andrew Duncan officiating. Burial will follow in the Hudson Cemetery. Rosary will be recited at 6:00 p.m., Thursday, Feb. 4, at St. Margaret's Catholic Church in Riverton. Mrs. Boyle died at the Help For Health Hospice Home in Riverton on Tuesday, Feb. 2, 2010, at the age of 79. Donna Jean Boyle was born on Oct. 11, 1930, in Hudson to Raymond S., and Leona E. (Demaree) Boyle. Her family owned and operated a coalmine near Morton during the winter months from 1934 through 1945. She attended the Morton School for the first nine years of schooling. The summer months were spent in Hudson. The last three years of high school were completed in Lander, where she was graduated in 1948. She was graduated from Barnes School of Commerce in Denver in November of 1949. She started work for the Bureau of Reclamation in Riverton in November 1949 as a clerk-stenographer. Over the next 36 years in that office, she advanced to the position of administrative officer and retired in 1986, when the Riverton office closed. She married Austin John Feavel, Jr., in 1952 and they were divorced in 1964. Ms. Boyle was a member of the Riverton Hoedowners square dance club for over 20 years and worked for the square dance caller and his wife, Johnny and Marjorie LeClair, for 40 years. She was a member of the Community Chorus and the Presbyterian Church choir for many years. Ms. Boyle was a member of the Riverton Presbyterian Church for 25 years and served as Clerk of 'session for eight years. After her retirement, she joined St. Margaret's Catholic Church of Riverton in 1986 and was the bookkeeper for the Riverton, Dubois, Kinnear, and Shoshoni Catholic churches for 12 years. Her family said her hobbies were home decorating, traveling, needlepoint, sewing, photography, genealogy, and home computers. She completed a history of the town of Hudson and updated the Hudson Cemetery records to computer for posting on the Internet. She was preceded in death by her parents, Raymond Boyle in 1985, Leona Boyle in 1997; her only sister, Elizabeth L. Boyle in 1986. She is survived by first cousins, Mary Ann Rau and husband Gilbert of Lander, Phyllis Quam and husband Swede, and Jo Anne Sterling and husband Robert, all of Lander; seven first cousins outside of this area, and many other cousins across the United States. Memorials may be made to the Town of Hudson Cemetery Fund or St. Margaret's Catholic School in Riverton in care of the Davis Funeral Home 2203 West Main, Riverton, WY 82501. On-line obituaries are available and condolences for the family may be made at: thedavisfuneralhome.com.