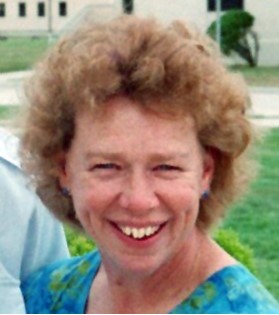 Guestbook 7
Gayle Leah (Clayton) Hinschberger, 56, of Dubois, WY died February 8, 2010 at her home. She was born in Jacksonville, Illinois on August 11, 1953. Gayle was the daughter of William R. Clayton and Louise (Odaffer) Clayton, both who preceded her in death.

An informal celebration of Gayle’s life will take place at the Dubois Headwater’s Arts and Conference Center on at 1:00 p.m., Saturday, February 20, 2010 followed by a potluck luncheon.

Gale married Mark Hinschberger on September 7, 1979 and he survives. Gayle is also survived by two sons, Ross of Salt Lake City, UT and Todd serving with the US Army’s 173rd Airborne Brigade in Italy; and a sister, Karen Thomas and husband Garry of Jacksonville, IL.

Gayle Hinschberger was a 1971 graduate of JHS and received her Bachelor’s Degree at Illinois State University, majoring in Parks and Recreation Management. Throughout her life she worked at many service-oriented jobs. The last one being the District manager at the Dubois-Crowheart Conservation District.

She enjoyed many outdoors activities with her husband and sons, including hunting, hiking, fishing, and cross-country skiing. Gayle also enjoyed cooking, reading, and she made many beautiful quilts for her family and fundraising events and taught some quilting classes. But most of all she loved meeting people and treating them as friends.