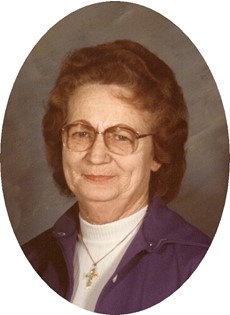 Gladyce Irene Walthers was born in Burwell, Neb., on Aug. 15, 1925, the daughter of Harold Isaac Walthers and Vera Ione (Loghry) Walthers. She had lived in Fremont County for most of her life, attending school in Morton.

Mrs. Bray worked as a waitress and on the assembly line at Eaton.

She was a member of the auxiliaries to the Veterans of Foreign Wars and the Eagles Lodge.

She was preceded in death by her parents; by her husband, George Bray; four brothers, Darrell, Russell, Melvin, and Carroll Walthers; one sister, Victoria Barrett;

Memorials may be made to the Senior Citizens Center, in care of the Davis Funeral Home, 2203 West Main, Riverton WY 82501.

Service were under the direction of the Davis Funeral Home of Riverton.