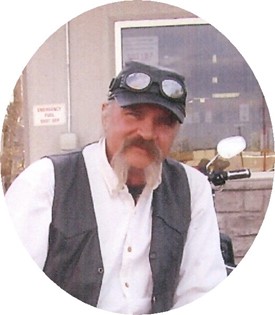 A memorial service will be held at 3 p.m. on Saturday, March 6, at the Elk's Club in Riverton.

Another service will be held in Kersey, Colo., at a later date.

He married Sharon Glover in 1969 and they have a daughter, Dana (Reinick-Dalton) Geist. They lived in the Kersey, Colo., area and he worked for the P&A turkey farms. The couple later divorced.

He married Candi Bauer in 1983 and they have a daughter, Sarah Reinick.

Mr. Reinick worked for various employers until they bought a ranch east of Kersey at which time he devoted most of his time to raising sheep, horses and buffalo. The couple later divorced.

Mr. Reinick then moved to Riverton, and continued to raise sheep and horses. His family said this is where he found a new home, a new family of friends, and a special friend, Tina Scott.

The family said the constant in Mr. Reinick's life was his love of the outdoors, whether it was hunting, gardening, motorcycling, or raising livestock. He always had a garden and sold produce at the farmer's market last year. His favorite game to hunt was coyote, geese, and duck. Black powder and bow hunting were challenges he enjoyed, according to the family. They said he always had a love of motorcycles and later in life his Harley

He was preceded in death by this mother Bonnie N. Reinick.