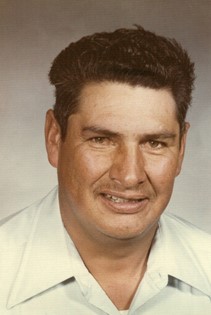 Guestbook 1
Fremont County resident, Marvin James Harris, 72, passed away on March 4, 2010 at his home on Gass Hills Rd. Funeral Services will be held on Tuesday, March 9th at 10:00 a.m., at St. Stephen’s Catholic Church. Burial will follow at Yellow Calf Cemetery. Rosaries will be held on Sunday, March 7, at 7:00 p.m. at Davis Funeral Home and Monday, March 8th, at 7:00 p.m. at St. Stephen’s Catholic Church with a wake to follow at the family residence, #6 Gass Hills Rd.

He was born February 20, 1938 in Fort Washakie, WY, son of Carlos B. and Bertie (Wolfrang) Harris. He attended schools at Mill Creek and St. Stephens Mission.

He was a member of the National Guard. He attended weekly communion and enjoyed hunting, fishing, camping and ranched for 30 years. He was an avid fan of the Wyoming Indian Chiefs and St. Stephens Eagles. He also enjoyed traveling, working around the house, western movies boxing and going to pow-wows. He loved being with his wife, Irene, kids, and grandkids and great grandkids.

Marvin worked for Arapaho Ranch for 14 years, for Wyoming Indian Schools for 22 years as a bus driver and custodian, retiring in 2004.

He lived in Ethete, Arapaho Ranch and Riverton.

Memorial contributions to the American Cancer Society. On-line obituaries are available and condolences for the family may be made at: thedavisfuneralhome.com. Arrangements are under the direction of Davis Funeral Home.