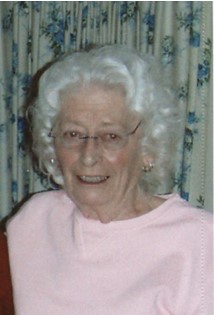 Guestbook 2
Memorial services for Helen Wicks, 84, will be held 10:00 a.m., Saturday, March 13, 2010 at Davis Funeral Home with the Rev. Tommy Means of St. James Episcopal Church officiating. Interment of cremated remains will be at a later date at Byron Cemetery in Byron, Wyoming.

Helen passed away March 6, 2010 at Help for Health Hospice Home.

She was born April 15, 1925, in Lovell, Wyoming, daughter of Peter and Katherine (Schermer) Scheeler.

Helen attended Cosmetology School and later owned and operated Beauty Shop in Casper until 1968. She then moved to Riverton and purchased S&S Liquor Store until retirement. She also lived in several communities while her first husband, Stubb worked in the oil fields.

She enjoyed sewing and gardening and received Garden of the Month in 2007.

She was preceded in death by her parents, 2 children, 1 step-son, Floyd J. Wicks, Jr. 1 grandson, Richard Young, 9 brothers, 8 sisters, and her first husband, Stubb Stevens, who she married in 1942.

Memorial contributions to the donor’s choice.